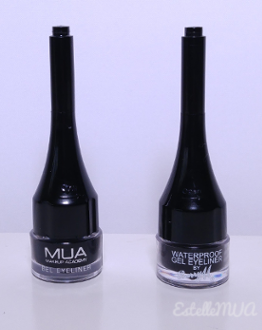 Today I wanted to do talk about liners.

I’m a huge liner’s fan, I really like wing liner and cat eyes.
They make you look ultra girly doesn’t matter the clothes that you’re wearing. Liners dress-up any outfit. You can wear it with a pair of jeans and look glamorous easily. It’s magical…

My favorite gel eyeliner is now discontinued and I’m looking for another one, as great as my favorite… It’s a big challenge and I couldn’t find a successor till now…

Therefore, last time I went in London I found 2 gel liners that look quite similar. So let’s do a liner battle…
Superdrugs’ prices: Barry M 5,49£ for 2,3 grams, MUA 3£ for 4 grams. The packagings are quite similar.

I like the fact that there is a brush included in the lid. It’s really convenient and handy if you’re traveling.

The brush on the MUA liner doesn’t stick well to the lid, and I’m not sure that if you’re traveling it will stay in place. So you risk having a fluffy brush, which will make it harder to make your liner. However, I like that there is an extra cap on the MUA gel liner, to protect the liner before the first use. So when you buy it, you’re sure that the gel is “fresh”. Both liners are matte.
They are also both really patchy when you try to apply them, it’s really difficult to make a precise line.
They also are both pretty dry, we can even see it on the swatches picture down below. The fact that the liners are pretty dry makes it really difficult to have a precise and define a line.
They also lose intensity if you touch it, they shade off pretty quickly and easily.
I also notice that the gel liner shade off during the day.
They’re also not waterproof and you can remove them pretty easily with a bi-phase makeup remover. The MUA is the blackest one.
But the brush is a bit fluffier and you can not use it to make a proper liner.
The liner feels dry that’s why it’s difficult to apply it.
The brand claims that the product is smudge proof once it’s dry, but it shades off the most in the crease of the eye during the day.

The Barry M liner is gray and not opaque.
It’s also the driest one, you can’t slide on your eye to draw your line and the more you try to touch it up, the more it stick to your previous line and erase a bit of it, the more you try to make it looks great, the more it budges, became patchy and left space without liner on your eyelid.
In short, it’s a real disaster, it’s the most difficult to apply.
The brand claims it to be waterproof, but it’s absolutely not.

What I think about them:

Those 2 liners are not expensive, but they are too dry and difficult to apply.
For people that are on budget, it can be a great deal, but you have to change the liner’s texture and make them smoother,

I’ll probably make an article to explain this easy and cheap trick, let me know if you’re interested. 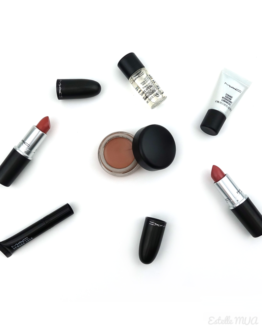 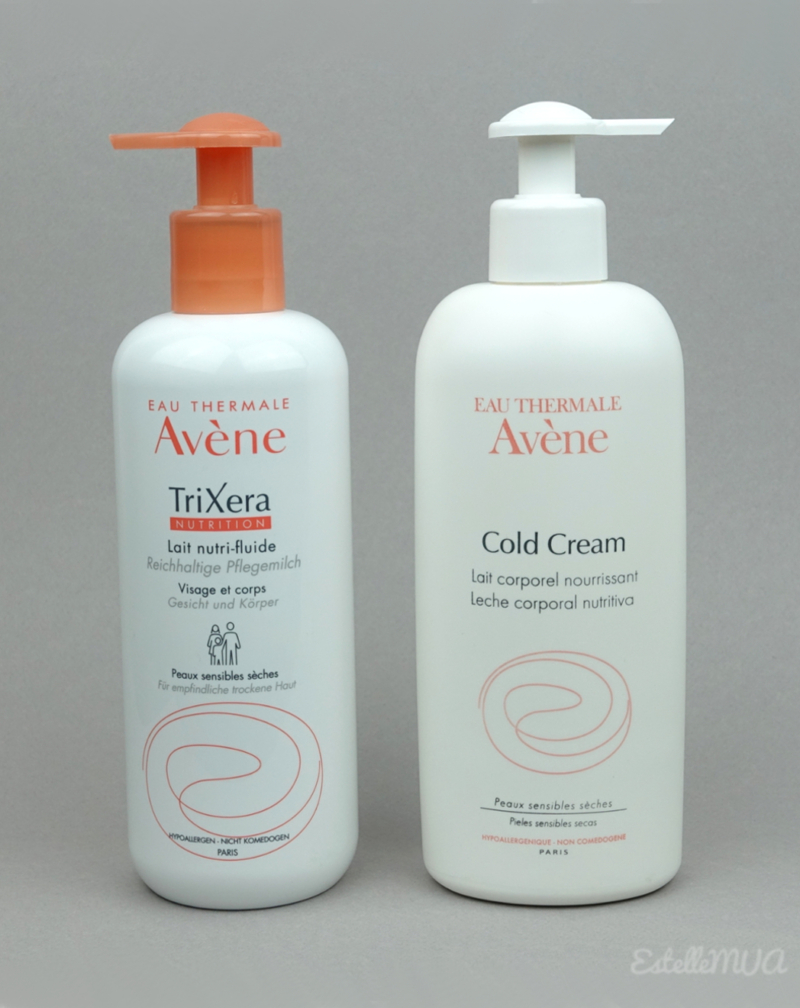